Conversation Starter: Have You Registered for Any Upcoming Matches?

I have been talking about goals a bit lately. We’re about to enter the third month of Q1 2019, and it’s time to take stock of what I wanted to achieve. I’m still on track to get my Ham radio license and participate in a GoRuck challenge. Though an injury set me back a few weeks. I still need to work on some kind of downloadable document to help readers shopping for an AR-15, as well.

But it’s also time to look to Q2. One of my goals for the second quarter of the year is competing in at least two local matches. So let’s dig into that a little bit.

The Importance of Competition

Theory and practice are important, but it’s a lot less useful when you do it in a vacuum. To truly develop as a shooter and a marksman, you need to push yourself. Qualification tests used by the military and law enforcement agencies represent a minimum level of proficiency. Competition takes you so much further.

Every competition I’ve participated in has made me better at what I do. That doesn’t just mean shooting. While on active duty, I represented my unit in an Air Force-wide nuclear operations competition. No, we didn’t nuke anybody for real. But I must have blown the world up a hundred times over in practice, with my bunker on fire, and communist zombies storming my above-ground security team.

Not kidding, the simulator scriptwriters thought that would be funny.

The study, practice, and pressure of success made me far better than I thought possible. I didn’t win the trophy that year, which was disappointing, but the experiences I had from intense learning carried over into years of training others to be even better than I was.

You need to compete. Put yourself out there, win or lose, and develop your skills.

To put my money where my mouth is, I registered for the NRA America’s Rifle Challenge on April 27th. It’s a bit of a drive from my home, but that’s just part of the deal.

No, it’s not some big name USPSA, IDPA, or something that’s going to make me famous. That’s not the point. The goal is to just get out there and test myself.

Here is a description of the match:

NRA and Match Directors will conduct this match. This course of fire represents a set of standardized skill tests that measure the full range of skills with an AR or semi-automatic centerfire rifle. Stages include: moving while shooting, positional skills, accuracy skills, and multi-target engagement techniques stage planning. The stage will be shot in shooting bays, natural terrain, long distance rifle ranges. There are five total stages of in this match. Scoring is conducted via Practiscore and is based on time/plus and total hits.

I’ll be competing in the Level 2 match, limited division.

What does limited mean? The ARC series has Level 1 for brand new rifle owners and Level 2 for everyone else. The divisions break apart based on your optic choice. Here is the breakdown.

I plan to use my 20″ rifle with TA-110 ACOG. This probably isn’t an ideal configuration. The 3.5x magnification is less than the allowable 8x maximum, the optic isn’t variable power, and the reticle isn’t all that precise. I’ll probably be slow on the up close stages and inaccurate on the far targets.

The 20″ BCM government profile barrel isn’t a precision tool, either. In all, the whole rifle is longer and heavier than what most people will have.

But you know what? It’s a fun rifle to shoot.

Showing up and having fun is more important than blowing obscene amounts of money on tricked out match gear that I’m honestly not skilled enough to leverage. I’m tired of people, myself included, using lack of gear as an excuse to not get out there and compete.

Am I still going to try and win? Of course. I’m a competitive person by nature.

So here’s where the conversation starts. I signed up for a match, even if it’s not one of the big famous organizations. How about you?

Is there anything coming up in your neck of the woods?

Home » Musings » Conversation Starter: Have You Registered for Any Upcoming Matches? 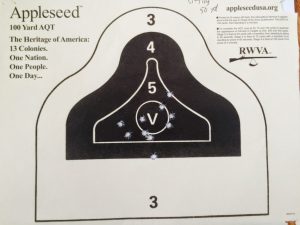 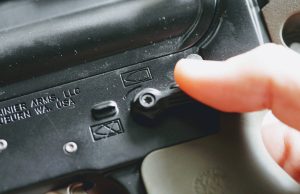 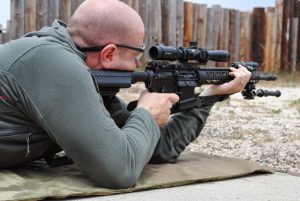 I’ve been keeping myself honest with my goal for the year of shooting each of my club’s monthly small bore cowboy lever action silhouette matches and I’m registered for the state match in May. Consistently competing at the monthly matches and shooting the state match are my goals for 2019. Now it’s not high speed stuff but it is just too much fun and fits in with the schedule life has handed me this year. It’s shooting for the sake of fun and I got a bit away from that last year and missed it. I’d still like to hit… Read more »

The Marksman
Author
Replying to  Akm295

That’s awesome! I feel like I would have been doing it more over time if I was involved in small bore. The fact that you’re getting out there and doing something regularly is what matters. I think a lot of people talk the talk, but relatively few show up on a consistent basis. I hear you on the trouble of mixing it in with family and work priorities, though. I also used to be a lot more active with practice until life really kicked me in the teeth.

I’m building it back, though.

I kinda hate to say it, but I don’t have any upcoming matches planned.

I’ve been trying to jam competition into my life for the last year and had a lot of fun, but I’ve got some life coming at me that I need to deal with. It also gives me time to revamp my gear and try out some new stuff.

I don’t think there’s anything wrong with that. Rotating between being “on” and “off” is a good way to work on other skills and take some time for yourself. 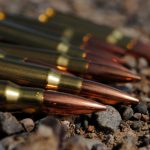 Conversation Starter: Do You Compete? Where? If not, why not? 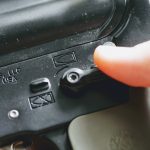 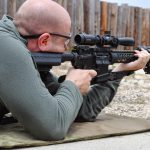 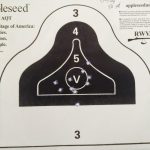