The Profiles in Marksmanship series the accomplishments and personalities of famous marksmen, military leaders, and everyday people who rose to the occasion.

I first came across the name Daniel Morgan during an Appleseed event in 2014. Shortly after that, I found it in Chris Kyle’s excellent book, American Gun: A History of U.S. in Ten Firearms.

Daniel Morgan was born in July of 1736 in the town of New Hampton, New Jersey. We actually don’t know much about his young life, only that he ran away from home to Virginia at age 17. Interestingly, the place he settled on the Virginia frontier, Winchester, isn’t very far from where I live now.

I’ll have to venture out there and explore one day.

After working several jobs, from clearing lands to a sawmill, Daniel bought a wagon and got into the teamster business. Along with his cousin, famed frontiersman Daniel Boone, Morgan made a name for himself working logistics for the British during the French and Indian War.

It wasn’t always in a good way, however. After knocking out a British Lieutenant with a single blow, retaliation for being smacked with the flat of a sword, Daniel received a typically-fatal sentence of 500 lashes. He survived, however, and to the day he died told those would listen that they only gave him 499. The British, he boasted, still owed him one more.

Needless to say, Daniel Morgan harbored a distaste for the British after that episode.

He commissioned as an Ensign in 1757 and joined a company of rangers in the Shenandoah Valley. Sadly, Indians allied with the French ambushed his company. Morgan survived a shot to the back of his neck, knocking out teeth and crushing his jaw. He carried yet more scars for the rest of his life.

In 1771, he commissioned as a Captain in a frontier militia unit defending the Ohio Valley. By April of 1775, at the breakout of the revolution, Morgan had grown rich and successful from his farm in Winchester and skilled at guerilla warfare.

In June of 1775, Congress sent word that they wanted 10 companies of riflemen to join the siege of Boston. Morgan went forth, at the behest of the Virginia House of Burgesses, and recruited 96 men under his command. They arrived outside Boston in August of 1775.

The story goes that to join Morgan’s elite rifle corps, you only had a single shot to hit a 7×10 inch shingle placed at 250 paces. Such precision was uncanny at the time.

This company, armed with Kentucky Long Rifles rather than the standard smooth-bore musket, was a formidable fighting force. The grooves down the bore of the rifle made the weapon much more accurate, but slower to load. Morgan’s’ Riflemen quickly made a name for themselves through their use of guerilla tactics. During the Siege of Boston, Morgan’s men would routinely pick off the Indian guides for the British, and then pick off the officers.

If that sounds familiar, you might have seen the Mel Gibson movie, The Patriot, in which the fictional main character is a mashup of Daniel Morgan and Francis Marion, the Swamp Fox.

Later that year, Morgan was reassigned to join General Benedict Arnold on the march to Quebec. Not everything went to plan.

On November 13th, he and his men were the first to cross the St. Lawrence River and reconnoitre the approaches to Quebec, which was too strongly defended to be attacked with any hope of success. In the great assault of New Year’s morning, 1776, when Montgomery was slain and Arnold disabled, Morgan stormed the battery opposed to him, and fought his way far into the town ; but, as his charge was not properly supported, its success only isolated him, so that he and his detachment were surrounded and captured. General Carleton, who admired his bravery, treated him kindly, and in the following summer released him on parole. Morgan then went home to Virginia.

Morgan returned home in January 1777, be he didn’t stay down for long. For his bravery in Quebec, he gained a promotion to the rank of Colonel and rejoined Washington’s Army in June at the head of a 500-man riflemen regiment.

Throughout of 1777, Morgan’s Riflemen continued to hone their tactics. They wore Indian disguises, provided intelligence, and harassed British General Burgoyne’s forces along the Hudson River with hit-and-run tactics.

By September 1777, the campaign was in full effect. During the first battle of Saratoga, Morgan’s Riflemen picked off nearly every British officer on the field. He played a decisive role in the bloody battle of Freeman’s Farm.

On October 7th, despite being outnumbered, Morgan’s Riflemen defeated the Canadians, Indians, and British fighters at the battle of Bemis Heights.

My dear sir, you command the finest regiment in the world.

While he was a cunning military leader, Daniel Morgan was a self-made man who lacked political connections. He resigned from the Continental Army in 1779, frustrated at lack of promotion.

But he couldn’t stay out for long. As General Gates turned his attention south, he beckoned for Morgan to join him once again.

He received a promotion to Brigadier General in late 1780, taking command of a light infantry corps. Morgan’s men took to their old methods and began harassing British troops moving around the wilderness.

Using a faux-retreat, engulfing Tarleton into a trap, Morgan defeated the rival commander decisively. The British suffered 230 in killed and wounded, 600 prisoners, lost two field-pieces, and 1,000 stands of arms. Lt. Col Tarleton escaped, at least for a while.

The Americans only suffered 12 killed and 61 wounded.

Cornwallis suffered a mighty blow to his mobility and capabilities in the Colonies.

Shortly after the battle, Morgan once again retired due to his health. He suffered from chronic sciatica.

Daniel Morgan spent the remaining years of his life living quietly in Winchester, VA. He died on July 6, 1802.

At his funeral, seven men from his original rifle company in Boston joined the procession.

Daniel Morgan, to me, is an example of someone who overcame their childhood difficulties, built a life for themselves, and utilized the skills they developed for the betterment of their homes, communities, and country. While he was politically disadvantaged from the get go, not attending the right schools and not having the right connections, he nevertheless succeeded through cunning and skill.

His services and tactics during the Revolution were vital to our success. His guerilla tactics weakened the mighty British Army by depriving it of leadership and logistics. Without such intervention, the direction of battles might have been entirely different.

I should point out that I didn’t do all this on my own. If you want to read more, here are some fantastic places to learn: 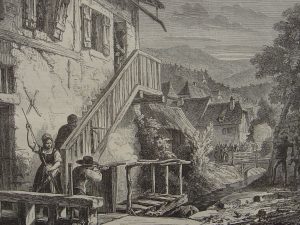 Introduction to the Francs Tireurs, the Little-Known Irregular French Sniper 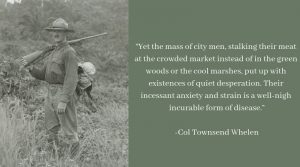 Chris Kyle’s American Gun is a really good book, though it is often overshadowed by American Sniper for obvious reasons. I should write a post about it.

I’d read that post! It’s one of those books that I passed around to a lot of friends as they started getting interested in shooting. I love the context it brings, and I particularly enjoyed the imagery of President Lincoln testing out the Spencer Repeater on the lawn of the White House.