Let’s set the way back machine to August 2016. I was about six months away from completing my separation from the Air Force. Earlier that year, I signed up for a GoRuck Tough in Santa Barbara, but a back injury only three weeks before the event drove me to back out.

Coincidentally, shortly after my missed event, Vandenberg Air Force Base announced that they were hosting a GoRuck Team Challenge on the installation in August the same year. I set out to learn more.

The team challenge events are a rebranded GoRuck Light event. At least that’s how they’re billed. It turned out to be a slightly different story once the event got going.

Since I was recovering from injury, I figured signing up for the light was a great opportunity to see where my weaknesses were, how my injury would handle the strain, and to do some gear testing along the way.

We arrived slightly before the 0800 start time on a cool and foggy Saturday morning.

Cadre Michael “Shredder” in-briefed us and promptly started. He mentioned that he loved the team cohesion challenges put on at various military bases because it meant that they got to push people a bit harder than they usually would for a “light” challenge.

We did a gear check and counted off into teams. This was actually the first challenge. Every time somebody messed up the count, it was time for burpees. After we finally got it together, we went right into physical challenges. The first order of business was to start “gassing” people and see where the limits were.

I’m not going to relay every individual component of what we did. I will simply say that between the long marches, runs, climbing objects, and creative ways of moving nearly half a ton of “stuff” for miles and miles, all under time constraints, the event is a good test of your mental and physical endurance.

Among the more creative we had to carry were a couple of yoga balls half full of water. They were super awkward and really dragged on you over time. There was an 800 lb log, too. But at least we got to set that in the abandoned trailer we were dragging around.

As Cadre Shredder repeatedly put it: “Nobody cares how you perform when you’re 100%. It’s how you respond when you’re exhausted and have nothing left that’s going to tell me what kind of person you are…”

In all, the event took six and a half hours, and covered twelve miles.

I gleaned some valuable information about my own personal performance.

My lower body strength was predictably my strong point. Carrying and pushing all that weight did not cause cramps or strain on my legs. My ankle, which gave me a lot of trouble for years, did great. I attributed that to physical therapy.

However, one big takeaway was that my upper body strength needed work. In particular, I needed to build up my shoulders and back. I think fears of aggravating my neck/back injury caused me to shy away from strengthening the area.

Unfortunately, life doesn’t always give you the chance to choose when you need to act- so you need to be as capable as you can be.

While I succeeded in the event and pushed to the end, there are several components that I don’t think I would have been successful at without the help of my team. Honestly, that goes for everyone there. That is the point of the event: to force people to rely on one another to push past weaknesses and succeed.

If you were thinking of doing one of these, I highly suggest committing to it. If you have a regular strength/cardio routine and can comfortably run 3-4 miles at a time, you will be fine. You will be huffing and puffing, but everyone else will be as well.

This is a list of stuff that I brought along. Each is clickable, where appropriate.

In all, everything held up well. I’d been using the zippered laptop compartment of the GR1 for all of my training with a 30 lb weight, but switched to using the sleeve inside the main compartment for this one.

The sleeve combined with some foam lining and paracord tie downs to the internal molle webbing helped keep the weight in place. During training, I found that the weight shifting around and bouncing in the ruck was quite annoying; this modification helped immensely for the actual event. You can look at my thoughts about the GR1 over here.

The Salomon boots replaced my worn out Belleville 633 Sabers, but the shade of “sage” was too dark to meet Air Force uniform requirements. Instead, they continue to serve as my go-to boots for everything else.

Salomon boots tend to run narrow, so I had to spend a lot of time breaking them in, especially around the toe box. If I had to buy them again, I would probably go a half size up. I think I just squeaked by on this one, as they caused only minor rubbing during the event rather than the blisters I had when I first got them.

Some folks got by with athletic shoes and shorts, but I was thankful to have boots and pants once we started moving over uneven terrain and thorny desert brush.

A huge lesson learned here came from load carriage. The GR1 has plenty of cushioning in the straps, and is built to carry loads, but does not have a hip belt or anything else to distribute that load. All of the weight is carried on the shoulders.

After six and a half hours carrying about 35 lbs in the pack, my shoulders were in a lot of pain right under the straps. Some of that is a signal that I need to work on my shoulder strength. A lot of it is also the reality that carrying weight for long periods on just your shoulders sucks.

Be it from the pressure or the friction of the strap rubbing on the same spot, I wasn’t very happy by the end. The folks out there thinking that they are going to roam around in a TEOTWAWKI situation with a loaded down shoulder backpack are gravely mistaken.

For the rest of the day after finishing the event, I kept asking myself, “Why do that again?” I felt the sore shoulders, saw the bruised arms and legs, and had trouble walking from sore feet.

But, 48 hours later, I was thinking about how I’m going to make myself “better” for the next one. I suppose that’s true of most of these types of endurance/athletic events, be it marathons, Spartan Races, Tough Mudders, or some Crossfit event. You do it the first time to see if you can, and then some folks will decide that they want to be better at it.

With my upcoming GoRuck Tough in April 2019, I guess it’s time to see how far I’ve come. 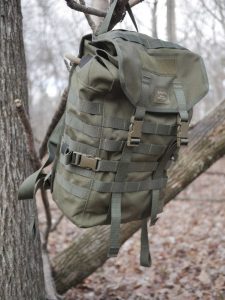 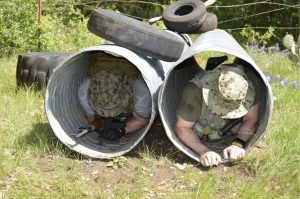 Getting Started in Tactical Biathlon 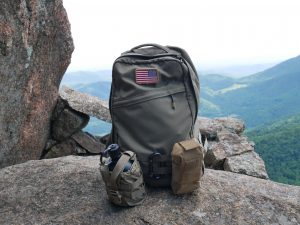 Let me suggest a piece of equipment one should consider when rucking….arch supports ! And not the Dr. Scholl’s junk at Walmart. Professional, made to order, arch supports. Two years ago I was rucking with a 55# ALICE pack modified by Tactical Tailor. 1/4 mile from finish my right foot developed such pain I almost had to finish by crawling; couldn’t put any weight on the injured foot. Turns out I injured the arch. Took a year to heal. Haven’t rucked since. That is when I discovered one should use arch supports. AFTER the injury. Perhaps your essay will get… Read more »

That’s a good point. I actually swapped the insoles of my boots with Superfeet Greens last year, but didn’t have them in this event. I do feel a significant difference with them.

Custom ones would be great for support.

How did the TAD Recon AC pants hold up? I just got a pair from their sale. I see that they would be great in the water and for general hiking, but how did they do crawling around during the PT and all that?

Really good write up BTW. I signed up for my first GoRuck event in May.

They did great! I still wear them all the time in warmer weather. I’ve beej wanting to get a pair of the Force 10 pants in the AC material as well. 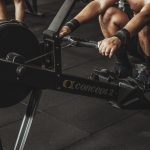 Your “Base Fitness” and Building a Solid Foundation for Future Events 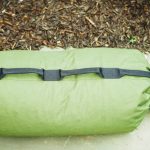 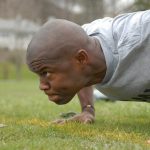 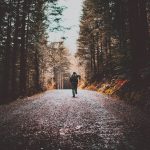 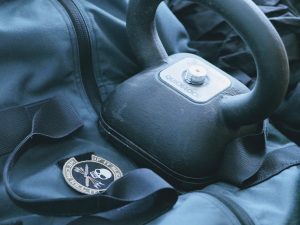