Just What is the Use of the Vertical Foregrip?

For many years, the vertical foregrip (VFG) was the most on AR-15s.

You saw one on nearly every rifle in board picture thread. I had one on my first AR and even put one on my JAE-stocked M1A for a bit. They were just flat out .

That popularity has dropped a bit. I think most shooters “in the know” started removing any and all extra weight from their guns that didn’t serve a serious purpose.

That’s not to say that the classic VFG is useless, though. It actually still has plenty of utility, which I’ll get to, but they are no longer the cool thing to have on the internet.

History of the Vertical Foregrip

The vertical foregrip for the AR-15 platform really came around during the SOPMOD program.

The addition of lights, laser designators, and other attachments to the short 7″ rail of the M4 meant there was little room for proper hand placement.

The program directors, taking note from historical usage of the vertical grip on old submachine guns and the Steyr AUG, went ahead and put a VFG in the SOPMOD kit so that the shooter could still firmly control the front of the weapon.

In 1995, NSN 10005-01-416-1091 was officially established for the KAC forward handgrip. The enthusiast circles went wild. Everyone needed to have one for themselves.

The fact that their guns didn’t actually have all the other accessories that drove the need for VFGs didn’t matter. Even later, when long handguards became trendy and there was plenty of room, we still used them “ SOPMOD,”

We went so far as to invent new ways to hold the rifle and justify the vertical foregrip. Some of those methods are still applicable, and I will cover them here.

In general, the shooting methods employing the VFG are not conducive to good marksmanship. The VFG also poses a significant snag hazard on the rest of your gear.

The latest generation of hardware has white light, IR illuminator, visible laser, and an IR laser all incorporated into the same compact unit. There is no more need for several separate devices, and so the rail estate has been freed up.

I ditched mine for these reasons, and it seems that many professional users have been getting away from them as well.

Practical Uses of the VFG

Of course, you’re probably asking yourself why I just spent all that time trashing the vertical foregrip and yet have one on my 20″ rifle at times.

Aside from the nature of the things, there are a few benefits that the VFG offers the savvy user. These come down primarily to ergonomics.

If you choose to use the thumb break shooting method, which is a slightly less aggressive “c-clamp” grip, then the VFG offers a decent hand stop to pull back against.

This method is actually effective for quickly moving between targets at close range. It helps with aggressively controlling recoil as well.

This thumb is the driver behind angled grips like the Magpul AFG, BCM KAG, and Fortis SHIFT.

For full effectiveness, the thumb break method requires the VFG to be further out towards the muzzle of the rifle.

If you don’t shoot with the thumb break method, which I don’t, then what else is a VFG useful for?

You will notice on my rifle, I placed the BCM Mod 3 closer to the receiver rather than out towards the muzzle. I don’t grip the VFG while shooting. I grip the area of the handguard in front of the vertical foregrip.

So, you’re probably asking, if I don’t use it for shooting…then why keep it?

There are three answers.

While doing research on load carriage, I came across the British special forces selection test. In this test, the applicant must traverse long distances over harsh terrain while carrying significant weight.

As I read more about that aspect of the test, I looked into methods of carrying rifles over long distances. I found that carrying in the low ready while holding the VFG reduces stress on the support arm.

By resting the VFG in the support hand, the shooter does not have to twist their wrist and use “squeeze” muscles to hold the weapon up. If you’ve ever held an AR for a long time in the low ready, you’ve probably found yourself slowly moving your hand back magazine well.

Carrying an AR at the magazine well does not provide much stability or leverage if you need to quickly raise the gun for a snapshot. Using a VFG for long-term is both more comfortable and better for those quick shots.

If using a sling, this benefit is somewhat negated since it holds the load.

When resting the rifle on a barrier, the VFG lets the shooter slide the weapon forward and “squeeze” the weapon between the shoulder and barrier. This is called a “barrier stop” and offers a lot of stabilization for rapid shots.

Barrier stops are essentially the reverse of a hand stop. They have been on the market for a while, and I usually only saw them in competition.

The position I put my VFG in may be too far to the rear for effective use as a barrier stop, but it’s worth trying.

When I shoot offhand with a more traditional stance, I either have to compromise my head position by scrunching down or sacrifice some control of the weapon by balancing the handguard on the tip of my fingers.

The VFG helps  this issue by acting as a palm rest.

The VFG is placed in the palm of the support hand, which allows you to raise the elevation of the rifle without compromising head position or sacrificing too much control.

In theory, this seems like a reasonable use, but only time will tell.

When it comes to questions about accessories, there really is no hard truth. You have to analyze your needs and accessorize accordingly.

The worst thing you can do is do something just because you see a bunch of jokers on the internet doing it. Remember, a lot of people do something merely because it looks cool or because they know the military does it.

Neither of those are good reasons.

Any accessory is useful when applied in the right circumstances. You just have to take the time to figure out what your circumstances are.

So, tell me…do you use one, or have you switched to something else? Why?

Home » Equipment » Just What is the Use of the Vertical Foregrip? 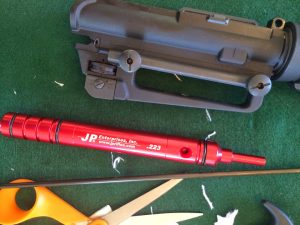 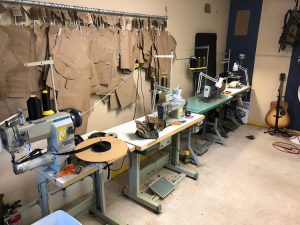 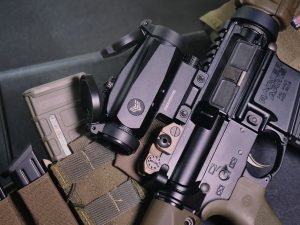 Swampfox Optics Trihawk Review: I Can See Everything

They absolutely make sense in an infantry role. I was an infantryman in Iraq, and my M16A4 had the KAC Vert Grip. It made carrying that rifle for hours on end for the umpteenth dismounted patrol bearable. It was also useful for shooting using NVG’s and our PEQ 2’s. Shouldering the rifle, we’d keep our heads upright so we could look at the target rather than getting proper cheek weld if we were using our ACOGs. In a civilian capacity I osculate between using a VFG and not. If I do use one, it’s a stubby like the BCM that… Read more »

The Marksman
Author
Replying to  A H

Thanks for coming by and commenting! I’m glad you’ve been combing through some more of my articles. I hope to keep getting them out there.

Beyond the “cool guy” factor of the VFG, I think most people forgot that their original intent was simply to free up space on a crowded handguard. In that context, seeing one on an A4 doesn’t make much sense at first. But, as you pointed out, it does make the thing way more comfortable to lug around.

Again, thanks for stopping by!

Timothy
Guest
Replying to  A H

As an army medic for 11 years I second the utility of the vertical foregrip in that role. These days on my personal gun I run an angled foregrip, but I’m not carrying it around for many hours at a day for months in end though.

Howdy, I have gone back and forth on VFGs for years. My issue M4 didn’t have one, because we didn’t even have rails on daily duty weapons. So I never had one in the military(had a 203 or 249 mostly). I bought my first personal AR 10 years ago, and I tried a VFG. Liked it well enough. Then as soon as they came out I jumped on the long VTAC rifle length “not-a-quadrail” train and didn’t bother with VFGs. That was about the time guys like Kyle Lamb started preaching “lite is right” and using his VTAC approach. Now,… Read more »

You know, I’ve never really warmed up to the Grippod even though I recognize its utility. I think I just never got past the bulk of it. It probably comes down to the use case, though, I definitely see it being useful on an LMG. It’s funny that you mentioned the look of a can poking out through the end of the rail. That’s actually the very first look I was going to go for in my first build, but I quickly realized where it was all going to go wrong. I still have that fat little rail though, an… Read more »

Civilian here. I’d offer one additional reason to use a VFG: heat. Most handguards get too hot to hold with a bare hand after a couple quick mag dumps. If you don’t have a thermal wrap or gloves, a VFG is a good way to get your hand off the handguard. 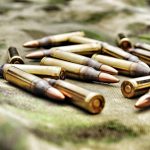 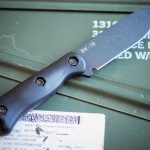 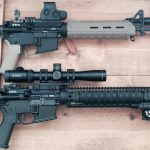 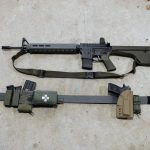 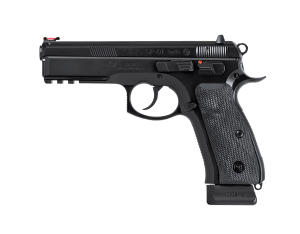 What I Learned Moving from Glock to a CZ 75