Consistently hitting a target with precision is a complex interaction of factors immediately before, during, and after the round fires. These interactions include maintaining postural steadiness, establishing and maintaining the proper aim on the target, stabilization of the weapon while pressing the trigger, and adjusting for environmental and battlefield conditions.

Excerpt from TC 3-22.9 regarding rifle and carbine employment

Since my focus is on tactical skills and marksmanship, it makes sense that a lot of my time is spent browsing regulations, field manuals, and training .

Don’t get wrapped up in the terminology of FM (Field Manual) and TC (Training Circular), they are effectively the same thing. The circular is designed for all soldiers, regardless of skill level. It is a reference for anyone to use when reviewing marksmanship skills.

At 236 pages, the new manual is nearly half as long as the old one.

Someone figured out that efficiency and ease of reference are valuable qualities. The chapter structure is intuitive and geared toward the practical employment of the M4/M16 platform.

The first few chapters (1-4) are about the weapon system itself, the various accessories, and their usage.

The remaining chapters (5-9) are about the employment of the weapon, with each chapter focusing on the elements of good marksmanship.

What follows is a quick breakdown of each chapter. I highly recommend checking out and saving the complete document. Each chapter builds upon the information found in the previous one.

Chapter 1 details several fundamental elements that will be built upon in the remainder of the manual.

The chapter details safe weapons handling as well as common terminology for weapon condition and employment. The rules are Cooper’s standard, and the terms are common: weapons hold, weapons tight, and weapons free.

The concept of Overmatch is a major component of this chapter.

Overmatch is the Soldier applying their learned skills, employing their equipment, leveraging technology, and applying the proper force to create an unfair fight in favor of the Soldier. To achieve and maintain overmatch against any threat, this publication focuses on providing information that develops the Soldier’s direct fire engagement skills using the following attributes:
• Smart – the ability to routinely generate understanding through changing conditions.
• Fast – the ability to physically and cognitively outmaneuver adversaries.
• Lethal – deadly in the application of force.
• Precise – consistently accurate in the application of power to ensure delivery of the right effects in time, space, and purpose.

Excerpt of the definition of Overmatch from TC 3-22.9

The diagrams here are actually very useful, much more so than the 2008 edition. Of note, this new manual has a section dedicated to how the weapon cools itself and how the dissipation of heat will affect the shooter’s sight picture.

As you will see below, Chapter 2 of this publication stripped out all of the accessories discussion of the previous edition and turned them into their own chapters and appendices.

Chapter 3 details the various sighting methods available for the M4/M16. In particular, it focuses on Iron Sights, Optics, Thermal Sights, and Lasers/Pointers.

There is a very good description of both Minutes of Angle (MOA) and Mils, as well as useful diagrams of the various reticle types commonly found on combat rifles.

There is a much better description of the electromagnetic spectrum than the previous manual.  It details how ambient conditions (rain/fog/smoke) will affect the ability of thermal sights/image intensifiers to function in their respective spectrums.

Things to be aware of (planning considerations) with these optics are that they have difficulty imaging through the following:

• Rain – absorbs the IR emitted by the target, makes it difficult to see.
• Water – acts as a mirror and generally reflects IR, providing a false thermal scene.
• Glass – acts similar to water, interfering with the sensor’s ability to accurately detect emitted radiation behind the glass.

Situations are the following:

• Smoke – will not obscure a target unless the chemical obscurant is extremely hot and dense, or if the target is sitting on top of the smoke source.
• Dust – may interfere with the accurate detection of the emitted thermal signature due to dust and debris density between the sensor and the target scene. Dust typically does not obscure the IR signature unless its temperature is similar to the .

Excerpt from TC 3-22.9 discussion on the Electromagnetic Spectrum

Regarding optics and sighting devices, the chapter has detailed descriptions and tables for the various iron sights and optical devices. These sections have pro/cons for these sighting systems as well as reticle descriptions. With red dot sights, there is a useful diagram for holdover reference.

The list is not comprehensive, though. It focuses on the M68, RCO, and thermal sight. Optics like the ELCAN SpecterDR are not included here.

Chapter 4 is a quick overview of other mountable equipment such as underbarrel grenade launchers, shotguns, bipods, vertical foregrips, and white lights.

Chapter 5 is where the rubber really starts to meet the road.

The chapter describes the expectations of each individual rifleman in regards to making hits count. It talks about the shot process and the supporting elements of it. The shot process is broken into the three sections; pre-shot, shot, and post shot.

Chapter 5 of TC 3-22.9 breaks down the major elements of the shot process as:

Each of these elements has it’s own chapter in the rest of the manual.

There is also a section talking about target detection, identification, and prioritization. Included in this latter section is a paragraph concerning the identification of friendly forces.

location is the determination of where a target is in your operational environment in relation to the shooter, small unit, or element. Locating a target or series of targets occurs as a result of the search and acquisition actions of each Soldier in the small unit.

Once a target is located, the threat location can be rapidly and efficiently communicated to the rest of the unit. Methods used to announce a located target depend on the individual’s specific p

Excerpt from TC 3-22.9 regarding target location

The quoted excerpt illustrates a good example of why you should attend tactical training. These paragraphs do not do justice to the actual difficulty of locating and communicating a target, especially when there is fire. MVT’s Small Unit Tactics manual does a better job of this, but there is still no substitute for actually getting out and doing it for real.

Chapter 6 starts with a description of steady hold factors and all the components that make up a good shooting position. The chapter also describes various weapon carry positions and their associated advantages/disadvantages.

This chapter does a fantastic job describing each of the main firing positions. Each has a diagram describing the various elements of the position. Of note, the new manual brings back the squatting position, or “rice paddy prone.” The new manual also includes all three sitting variations, as well as both traditional and reverse kneeling positions. The previous edition only included standing, kneeling, and four variations of prone (unsupported, supported, roll-over, reverse roll-over).

This, in my view, is one of the most visible indicators that the new manual is more about successful marksmanship in the field and not just about passing the qualification course.

Chapter 7 begins with listing the elements and actions that the shooter must keep in mind to make a successful shot:

It also discusses the importance of aiming for the center of visible mass (CoVM), which may appear as a head popping up over a wall or be an entire torso.

Orienting and aiming a weapon correctly is a practiced skill. Through drills and repetitions, Soldiers build the ability to repeat proper weapons orientation, sight alignment, and sight picture as a function of muscle memory.

The remainder of the chapter covers each of the above elements in more detail, to include various sight pictures for each of the different aiming devices listed earlier.

There are also many tips on using sights for rangefinding and windage correction.

The emphasis of Chapter 8 is what the shooter can influence themselves in order to make a successful shot.

These include trigger control, breath control, workspace management, the rate of fire, follow-through, malfunctions, and even transition to secondary weapons (if present).

Chapter 9 is relatively short, and covers walking forward, back, laterally, and turning.

This section is exactly what it sounds like. It details the various components of an ammunition cartridge, as well as different bullet designs. There is s of detail about each of the issued 5.56 cartridges, their usage, and how to distinguish between them.

This section builds upon items covered in Chapter 7.

It gives examples of situations that make good hits on target more difficult. Then works through solutions to those problems. Subjects include determining lead on moving targets, windage, the angle of attack, adverse weather, and range correction.

This section opens with a discussion of mindset, something completely left out of the previous edition. These drills target key areas of

This section is a very thorough explanation of the zeroing process. Additionally, this section talks about the coaching of shooters.

Appendix F of TC-3-22.9 is straightforward. It describes the qualification process, conditions, and requirements. It would make a good baseline for yourself if you had access to appropriate facilities.

Pick up a set of qualification targets while you’re at it.

This is a short guide to boresighting before heading to the range. If you’re not familiar with the process it’s a good read.

Live Streaming with The Dark Lord of Optics 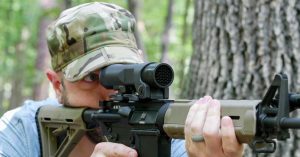 Does the new TC, dated May 13 2016, have the Qualification process? The one I’m looking at has Boresight as Appendix F. There’s no Apprendix G. It’s from apd.army.mil
Thanks!!

They removed the qualification process!!!
Where can I find the new qual process?? 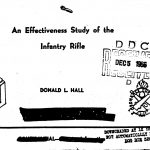 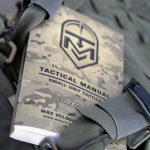 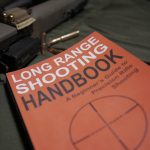 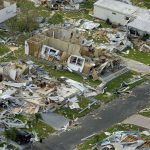