10 Useful Knots for Your Toolbox

“That’s a nice safety hitch. You must really know your knots!”

The guide looked over the hitch tying the horse to the fence. My fraternity brother who tied the knot smirked with a bit of pride. He was an Eagle Scout before college and was also fellow ROTC cadet. He commissioned as a civil engineering officer a year later. A few years after that, he cross-trained as a Combat Rescue Officer (the officer career field for Pararescue, better known as “PJ”). The guide reached out and gently yanked the loose end of the knot, and the rope quickly fell away.

I was jealous of my friend’s knowledge of knots. There were moments in my military career and various camping trips where the ability to tailor a knot to the situation would have made things significantly easier. So I started practicing them.

Years later, when fidget spinners were all the rage, I tied knots. I kept a length of paracord in my EDC just for doing it, much to the interest of my friends and coworkers.

What follows is a list of 10 knots that I’ve found to be the most useful during my outdoor adventures, marksmanship practice, or just for using around the house.

I’m going to skip over the very well known knots like the overhand, square, and clove hitch. Most people already know these, and they have their uses. The knots I’m going to focus on today are the ones you might not have seen before. These are my favorites:

Each of these has several possible uses. Many of them include the same techniques used to tie basic ones, so you really learn two or three knots at once. Let’s get to it.

If you learn no other knot in this list, make it this one. The bowline makes a fixed loop that will not cinch down nor expand. Tied larger, you can use it to rescue someone from the water. At a smaller scale, it makes a handy loop for a larks head knot or for anchoring a ground stake. You can also use it to make a Marlinspike Hitch for a quick-releasing anchor end on a ridgeline.

When I first started looking for a knot that I could tension, I used the Taut Line Hitch. It worked well enough, but I noticed it sometimes slipped under load. The Adjustable Grip Hitch is an improvement. You can still slide it up and down on the standing end, but it holds tighter.

I get the most use out of it for adjusting the tension on stake lines. You can also use it for tensioning a ridgeline on a tarp. The more complicated Trucker’s Hitch below is probably a better option for a very tight ridgeline, but the adjustable grip hitch still does a  job.

The story of the Zeppelin Bend goes that US Admiral Charles Rosendahl used it to moor the USS Los Angeles, an American dirigible. Admiral Rosendahl previously served on the Hindenberg before its disaster, and later organized the Lighter than Air Museum Association.

I don’t know how true the story is about being used to moor the Los Angeles, but it is a very useful knot nonetheless. It holds very well under load without binding, yet remains easy to untie when needed.

This is my go-to knot for any situation that most people would use the traditional square knot.

Stopper knots are great for adding mass to the end of a line. This helps prevent lines from pulling through a hole or something similar. The most common stopper knots you might find are the simple overhand, double overhand, and the figure-eight knot.

The Stevedore makes a good medium sized stopper. As a bonus, you can leave a little bit of slack on the final loop and it becomes a solid hitch. This configuration is called the Halyard Hitch.

The Alpine Butterfly Loop, also known as a Lineman’s Loop, makes a sturdy loop in the middle of a line. You can pull on it from either direction, and it will not give. Yet, even after heavy load, it remains easy to untie. In mountaineering, this is helpful for providing handholds or tie in points for the group. In camping, it makes a convenient way to hang things from a line, such as lanterns or other gear.

After a lot of practice, the Trucker’s Hitch replaced the Adjustable Grip Hitch for tarp ridgelines. I knew about it for years but assumed it was too complicated to do quickly. Several videos from famed Dave Canterbury of Self Reliance Outfitters and Corporal’s Corner Channel on YouTube made me reconsider.

The Trucker’s Hitch helps you get a very tight line because it gives you a mechanical advantage. After adding a mid-line loop, you run the working end of the line through the loop and cinch it all down. By using a slippery hitch at the end, the whole thing can be taken apart in seconds.

There are several variations on the Trucker’s Hitch using different loops, like the Alpine Butterfly, or different tie off methods. The one in the video is great for shelter building.

The classic Prusik is a great climbing knot, but I use mostly for setting up shelter. You tie it the same way you would a Larks Head, with a couple extra loops. The benefit is that the knot slides freely up and down the line when not under load, but holds tight when tension is applied to the loop.

The loop, by the way, is tied with a fisherman’s knot. I’ll get to that one in a minute. The Prusik lets me tension a tarp or poncho on the ridgeline by simply sliding it to the desired position. When you slide it enough, the knot holds nice and tight.

The Fisherman’s Knot is one of the best ways to join two different lines to make a single continuous line. It’s basically two overhand stopper knots butted up against one another. This is best used when strength is the priority.

It’s also the best way to make the loop for the Prusik Knot.

The Siberian Hitch, or Evenk Hitch, is a very quick way to tie a line to a fixed point. It doesn’t require a lot of dexterity, so you can do it wearing heavy gloves. It apparently earned its name from Russian military troops using it to anchor shelters in Siberia while wearing all their cold weather gear. The slippery end still comes apart quickly when needed.

This is my favorite way to anchor one end of a ridgeline without any additional equipment. The other option is a Marlinspike Hitch using a bowline knot and a stake or stick.

My last one is a product-improved Square Knot. The classic Square Knot has a tendency to loosen up, as I’m sure you noticed with your everyday shoelaces. Even worse, if you rely on the Square Knot to hold a load, tugging on the wrong end causes it to capsize and fall apart. The Surgical Knot was developed as a better way to tie sutures, hence the name. It’s like the classic, but with an extra turn at the start which prevents it from capsizing.

There you have it. 10 knots that you can put to use immediately. Do you have a favorite that didn’t make the list? 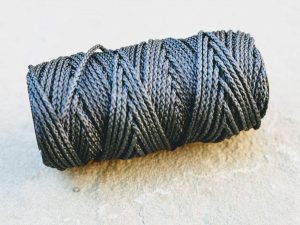 Tarred Bank Line: the Cordage You’re Not Using, But Probably Should 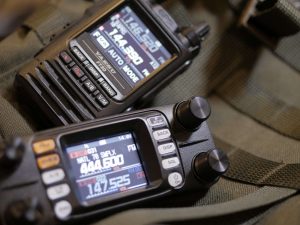 Hindsight 5×5, Lessons from my First Six Months of Amateur Radio 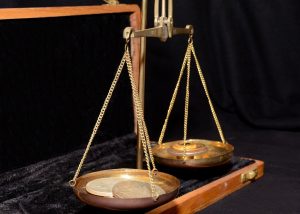 Great article, I love learning about knots (it’s a skill I’m trying to develop). I would like to mention my personal favorite knot, the highwayman’s hitch. I’ve used it a ton.

Oh yeah, the highwayman’s hitch is great for a quick attachment. A related one that I like to use is the Tumble Hitch.

Sunshine_Shooter(@sunshine-shooter)
Member
Replying to  The Marksman

I’ll have to look that one up. Thank for the suggestion.

I just wanted to drop you a line and thank you for using my Adjustable Grip Hitch video. Please feel free to use any of my videos in the future. Many thanks JD.

Hey Johnny, sorry for the delay on responding. Your comment got caught up in the spam filter. You’re very welcome, and keep up the great videos. 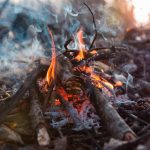 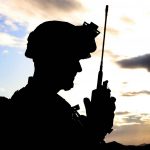 Now is the Time to Get a Ham Radio License 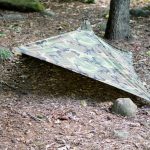 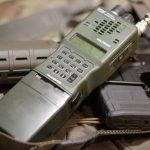