The Story of the Government Profile Barrel

One of the greatest mysteries of the modern AR-15 is the so-called Government Profile Barrel.

This barrel diameter starts at .675″ by the chamber and then tapers down to .625″ under the handguard. Just before the gas block, it widens again to around .75″ through the rest of the barrel. This profile seems backward when you look at it.

USSOCOM issued a Ground Precautionary Message in 1996, ACALA #97-03, demonstrating that most of the heat generated from firing occurs about 3″ to 4″ in front of the chamber. You’d think that’s where the mass should be.

So how did we get here?

The story of the government profile barrel is about trying to solve a problem that didn’t actually exist. As you’ll see in the paragraphs that follow, the engineers thought they knew the problem, and applied a solution. By the time they realized that the “problem” was something entirely different, it was already too late.

The organizational inertia was too strong and the contracts were already signed. The government profile became the new standard, even though it wasn’t all that useful for its intended purpose.

That’s not to say it doesn’t have its benefits, though. I’ll get to that in a bit. For now, let’s go back to the beginning.

The original AR-15, and M16, had the so-called “standard” profile. Today, we call this a “pencil” profile. If you read my recommendations for your first rifle or barrel selection, recall that I said lightweight barrels are the most useful. They are great for weapons that get carried a lot and shot on a light to medium schedule.

That is a pretty good description of the average combat rifle.

When the design work for the M16A2 happened in the 80’s, the design team shifted away from the standard lightweight style. The thicker barrel at the muzzle became the new standard. Eventually, all modern enthusiasts ask why that happened.

There are a lot of stories out there, so let’s get to the source.

Marine Lt. Col Dave Lutz was the program manager for the M16A2 project from 1980 to 1983. He was later the VP for Military Operations at Knights Armament Company. Some years ago he shared the story of the government profile barrel on AR-15.com.

It all started with a drop gauge test. The gauge wouldn’t pass through the bore, so the assumption was that the barrel was “bent.”

We (Marines) were replacing a lot of “bent” barrels that were determined to be “bent” because the Armorer’s Bore Drop Gauge would not freely pass through some barrels during Ordnance Inspections (LTI’s). So the Logisitcs people had “Barrels Bending” on their list of “M16A1” things to “Improve” right after listing “Handguards Breaking.”

AR-15 lore tells us that GIs were using their rifles as pry bars to open crates, and they were bending the barrels by the muzzle doing it. Another story tells us that aggressive bayonet drills were the source of bending. This is the one that Lt. Col Lutz ascribed to, at least somewhat.

We “experts” thought this bending was from rough handling like during bayonet drills, etc., as an absence of any mid-barrel handguard damage in these rifles made one assume the fulcrum of such bending was the bayonet lug. So we made that part of the barrel thicker because we did not want the excess weight of a full length heavy barrel.

The last line of that quote highlights something interesting. There was internal pressure to make the entire barrel thicker. The Marines have always prided themselves on their marksmanship skills. A lot of their techniques and choices of rifle components have origins in competition. The Marines were the driving factor in the adjustable rear sights of the M16A2 as well.

Lt. Col Lutz and his team realized that a heavy barrel all the way through was not a practical solution for a lightweight combat rifle like the M16. So they made only the front of the barrel thicker to increase strength.

In testing using the bayonet lug as a fulcrum, and applying calibrated mechanical pressure to the muzzle, the new barrel was about 9 times more resistant to bend and take a set than an M16A1 profile. So we went with this “improvement.”

With the problem solved, the new barrel design went into effect. Only later did the team realize the actual cause of the drop gauge failure was something entirely different.

However, soon after I started using a borescope with a video recorder and monitor to inspect “bent” barrels. What I found was a mound of bullet jacket material at their gas ports. This build up was caused by a burr left from drilling/reaming the gas port. This was where the Armorer’s Drop Gauge was getting stuck. When we removed this “mound”, the barrels would all pass the Drop Gauge.

Realizing that the “solution” they presented didn’t actually solve a problem, they tried to course correct. Colt listened, and even put out civilian M16A2 copies that still had the standard lightweight profile. But the government was already too far down the road. The new technical data package was already written and put into effect. There was no going back.

The benefit, if anything, to the new profile was that the extra weight in front added some “hang.” That means a slight forward balance of a rifle that helps it settle into the supporting hand. This keeps the sights more stable and reduces the “wobble zone” while aiming. That’s a bonus to marksmanship competitors, or anyone shooting for accuracy, but is less relevant to combat conditions.

We let Colt know what we had deduced, and that is one reason they kept models of “A2’s” in their line-up with A1 profile barrels. However, the A2 profile was already down the road for the US Military. So about the only advantage of the A2 profile was to give the rifle a little more muzzle hang. This was noted by most all the Operational Test participants, especially when they fired the standing/off-hand leg of our rifle qualification course.

Have you ever seen the movie The Pentagon Wars? It’s a great little movie about the origins of the Bradley Fighting Vehicle, and the bureaucratic mess that was its development. Here is a great clip that pretty much mirrors my experiences with government acquisitions.

Despite the humor and head shaking that is government acquisitions, the government profile isn’t all bad. It only weighs 4.8 ounces more than the previous “standard” profile, so it’s not a huge weight increase. But those ounces are all on the front of the rifle, so it slows down the handling a bit in favor of stable marksmanship.

Given the choice, I’d rather the standard lightweight profile become the most popular again. I don’t think I’d win that battle, though, as the trend is towards shorter and thicker barrels found in the M4A1. The design is a medium taper, and dubbed the SOCOM profile. These days, everyone wants to be like SOCOM, right?

Another great option is the hybrid profile, where the barrel starts thicker by the receiver and gets thinner towards the muzzle. Faxon’s “Gunner” profile errs on the lightweight side at 1.37 lbs.

Criterion makes their own Hybrid Profiles in both medium taper and light taper that meet a middle ground between the two.

The takeaway of this story is that just because the government does something, that doesn’t mean it’s the right answer for everyone. You should evaluate your needs and decide accordingly. Mission drives gear.

Now it’s your turn. What is your experience with the government profile barrel, and what would you rather use?

Home » Equipment » The Story of the Government Profile Barrel 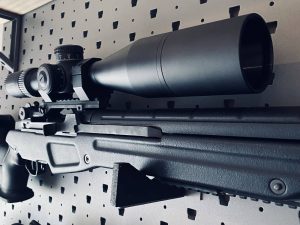 FFP vs SFP Optics: The Hype and the Truth 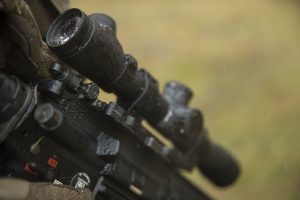 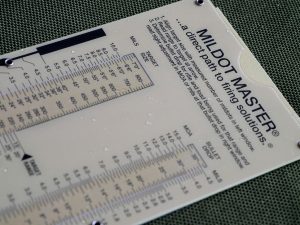 Fantastic story! Thanks for posting this one.

Thanks for reading! I’m glad you enjoyed it 🙂

First off, just watched The Pentagon Wars. Loved it.   I too would like to see the standard lightweight profile become the most popular again.   “..everyone wants to be like SOCOM, right?”   Wrong. Only the misinformed. I personally think the URG-I failed to address a big gripe with earlier M4s and that was weight.   The Faxon pencil, or gunner profile, is more than adequate for an infantry or duty weapon in my humble opinion. No one is mag dumping all of their mags on full auto in any scenario to warrant the thicker barrels..   Excellent write-up.… Read more »

I’m new to it all. My first and so far only has a Gov’t profile. I didn’t choose that profile, one way or the other-it was just part of a model that fit my budget. It’s fine, but my preference would have been the lightest profile.

Thanks for the knowledge.

There’s not really anything wrong with the gov’t profile barrel, honestly. It works well as a barrel, and I expect you’ll have a blast with it. The weight savings to go from the gov’t to a pencil isn’t huge, so don’t think you need to rush out and replace it any time soon.

I just bought a 20” govt profile 223 stainless wylde barrel, can someone give me any input on the maker of this barrel BAR ??? im building an AR15 for home defense and wont be using it for range or hunting.

Hi Clifford, it’s difficult to say who the manufacturer is. I can’t think of anyone off the top of my head. I’ve seen them at JSE Surplus, but don’t know the manufacturer. I’ve seen Ballistic Advantage make a similar barrel, but not in 20″ length. There’s also Rosco Manufacturing, but they pretty clearly mark their products.

The one you purchased will do fine at home defense.

I’m the odd man out. I prefer a 20″ HBAR barrel. Accuracy has been great and the weight hasn’t bothered me carrying it about. Definitely no heavier than the previous rifles like the Garand.

Yup the A1s were used to open C-Rats. 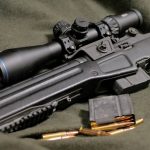 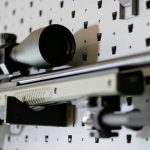 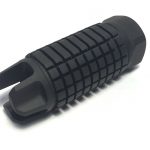 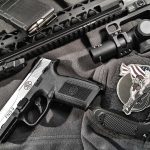