I competed informally with pistols for several years before I decided to get my carry permit. I was accustomed to the big Safariland holster hanging off my side and never thought much about it. It’s not that a CCW wasn’t on my to-do list someday, though. I just wasn’t in a good position to do it.

When I lived in Montana, I had to be an actual tax-paying state resident to apply for it. I wasn’t since I maintained a different home of residency in my records. So I couldn’t apply for a permit there.

When I lived in California…well…California. I’m not rich enough nor politically connected enough to get one there.

It wasn’t until about six months after moving to Virginia that I made it happen. As I filed the paperwork, I immediately began searching for the right holster. I knew that the holster was an extremely important element of the process.

But there was a catch, I didn’t actually know how I wanted to carry. All of my time with pistols involved a tactical holster prominently hanging off a belt or MOLLE harness.

I knew I wanted to start with inside the waistband (IWB) carry, but not at what position. A second problem was finding a company that actually made a holster for my carry pistol.

You see, I have a habit of buying pistols with poor aftermarket support. When I started carrying, it was with an FNH FNS-9, which almost nobody made holsters for.

But Vedder Holsters did. I can’t even remember how I came across Vedder, but I’m glad I did.

At the time, I picked up one of their Comfort Tuck models, a hybrid with K shell and leather backer. That will be a for a separate review, though.

I quickly realized the longer grip length of the FNS-9 caused printing issues. So I scratched together the funds for a new carry pistol, the CZ P07 I’ve been carrying and training with ever since. I also picked up another Vedder Holster, the Light Tuck. I’ve used it as much as possible for nearly a year, so I feel comfortable passing judgment now.

I purchased this holster with my own funds on a Saturday in the Spring of 2018. I picked it up in the “Gunmetal Grey” color and added the optional “claw” attachment.

Vedder shipped the holster the following Wednesday, a turnaround of few business days, and I received it shortly after.

Vedder Holsters packs each item inside a nice cloth drawstring bag along with some documentation and a thank you note. They definitely try and give you that small business appreciation experience, which is a touch.

I immediately popped my CZ P07 into the Light Tuck and felt a satisfying “click” as it locked into place. I turned the holster upside down and it held on to the CZ without a problem, even after a couple shakes for good measure.

The Vedder Light Tuck is made in the USA from .080″ Kydex. It feels solid in the hand, yet lightweight. Vedder did a nice job contouring the edges and smoothing everything over. There aren’t any sharp corners whatsoever on my Light Tuck.

The “mouth” of the holster flares out ever so slightly to aid with reholstering. There’s a full-length sight channel down the top.

The claw attachment is gaining popularity in lots of holster designs. In case you haven’t seen it before, its role in all of this is to apply pressure to the backside of your belt. That brings the grip of the pistol in tighter and further minimizes printing problems.

You adjust the tension by tightening the screw on top of the claw attachment. The holster arrived with a good tension setting already on it, but I added a bit more for good measure.

The holster has a full sweat guard and also fully encloses the pistol.

In all, the Vedder Light Tuck seems very well made and fit my CZ extremely well.

The Vedder Holsters Light Tuck uses a large metal clip that snaps around your belt. The default is 1.5″, but you can also buy a 1.75″ clip and interchange them as needed.

A metal clip was important to me based on the advice of instructors and police officers, who told me about how many plastic retention loops break under stress.

The steel clip on the Light Tuck is adjustable for ride depth and cant, swiveling up to 30 degrees in either direction. It’s also tuckable, meaning you can bend it slightly away from the K material and tuck a shirt between the clip and the pistol.

That sounds great in theory, but it’s still not hard to spot the black metal clip snapped around the belt. Obviously, a black belt helps a little bit here. Personally, I tend to wear a loose shirt, sweater, or jacket over it anyway. I’ve not yet gotten the “tuckable” function to work in a way I like just yet.

There are different sets of mounting holes on the back of the Vedder Light Tuck. This is for adjusting the ride height. At about a quarter inch of adjustment between each setting, it’s not a whole lot of room to move. That said, I seem to prefer the medium setting.

I’d not handled a holster with a metal belt clip like this prior to buying holsters from Vedder. To be blunt, I’m hooked.

The metal clip configuration is so much easier to get on and off the belt quickly than holsters that thread the belt through loops. Sine the Light Tuck is so lightweight, I don’t even really notice it in daily use. The only reminder that I’m carrying most of the time is when I bend over and the pistol jams up into my abdomen.

That said, there are a few quirks I should point out.

First, the claw attachment does its job well. But I’ve had a few times where getting the holster off of me was a bit slower since the claw acted like a hook and grabbed the material of my pants. It’s not that big a deal, really, and its still way faster than unthreading a holster off the belt.

The second issue might just be related to my body shape and mechanics. After several hours of AIWB wear and moving about, the curved portion (bottom side of the pistol) starts to rub uncomfortably on the inside of my thigh. Like I said, that might be an AIWB thing. If I move it to a 4 O’clock position, it’s not an issue whatsoever. In fact, I’ve straight up forgotten that I was carrying at times with it in that position.

During draw practice, the holster releases well and just seems to do its job.

I want to point out that the eight or so months I used this holster was done with regular leather belts from regular clothing stores. I never really had any issues with sagging or such since the holster and attachment methods are very lightweight. The belts did stretch over time, though.

However, I did notice a big difference in overall comfort when I switched to proper leather belts purpose built for carrying.

I have two belts, one brown and one black, from Relentless Tactical. The Vedder Light Tuck and Relentless’s Ultimate CCW Gun Belts are a perfect match for each other. I’ll do a separate review on the belts, but I’m definitely a fan, especially for the price.

So is the Vedder Holsters Light Tuck the ultimate concealed carry holster? I don’t know. To be honest, there are a lot of great holster makers out there. If you’re running a popular pistol like the ubiquitous Glock line, Sigs, or S&W, then you really do have a huge selection of quality holsters.

Vedder Holsters really caught my eye because they support a lot of pistols that many other companies don’t. But, on top of that, I really think they produce a great product that is worthy of your consideration. I’m a huge fan of the metal clip design and overall simple construction.

If you’re in the market for a quality holster, give Vedder a look. 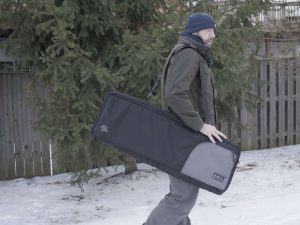 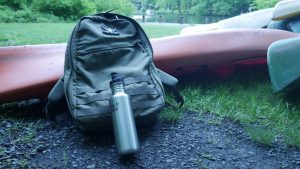 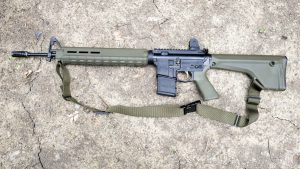 Good review. I have 2 pieces of advice that I’d like to pass along:

#1: Don’t worry about your clip showing when you tuck a shirt behind it. For someone to notice, they’d have to be staring at your, well… most people won’t keep their eyes there long enough to notice it. Even if they did, the vast majority of people wouldn’t recognize a holster clip anyway.

#2: While running appendix, I usually run my gun almost at the 12 o’clock position. I find it to be more comfortable and doesn’t dig into my leg when I carry it there.

I always kind of figured I was putting too much thought into the clip being visible. The kind of person who would recognize what it is would likely be carrying themselves, or someone who would see it as a deterrent. In any case, as you said, most people are far too involved in their own little world to notice things like that. I do run it at almost 12 o’clock, just next to the belt buckle. I refuse to be one of those people who moves the belt buckle off to the side, though. Years of checking and adjusting gig… Read more »

Hello Matt, I know you said the Comfort Tuck would be a separate review, but I was wondering if you could provide the quick takeaways on it vs the Light Tuck all the same. I’m a fellow CZ fanboy, and my current EDC is a P-07 chambered in .357 SIG–the .40 model with a barrel swap–which I carry strong-side on an Aliengear Shapeshift IWB holster. The Shapeshift is the same basic concept as the Comfort Tuck, only it uses a neoprene backer with a steel insert rather than leather. Since I’m rather attached to this discontinued gun, and wouldn’t want… Read more »

Hey Anri, I’m happy to offer an opinion here. For my uses, the Light Tuck wins out because I carry AIWB. For those times I was carrying my FNS again while the CZ was off getting worked over in Louisiana, I switched back to the comfort tuck and carried it at 4:30. It’s honestly quite comfortable, and while I’ve never felt like the pistol was in danger of falling out or anything, I do like the “feel” of the retention on the Light Tuck. There’s something satisfying about the click it gives off as the pistol locks into place. I… Read more »

Glad I found this review. How do you feel the holster works being clipped to the pants behind a belt? Would it be too loose?

It works OK for that, not great, but it’s certainly not my preference. A lot of that has to do with my choice of pistol. My EDC CZ P07 is just a bit too large and heavy to carry regularly without a belt keeping things stiff. I suppose if it was something smaller like a P365 XL it wouldn’t be as big of an issue. 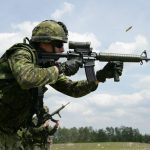 A Builder’s Guide to the M16A5 Concept Rifle 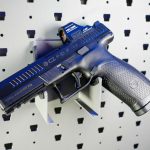 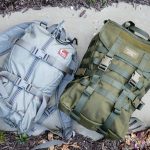 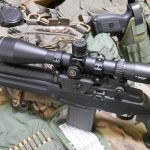