Now we come to it, the year 1963. This is a pivotal period in US military history. “ you ask? It’s simple, this was the year that the M16 finally became the front line service rifle.

We’ve covered a lot of ground in this series. By this point, you’ve realized that the AR-15 was no accident of good firearms design. The fundamentals behind it reach back as late as the 1800s, but things really started rolling in 1930 with the work of R.H. Kent. He was the first military ballistic researcher to propose a small caliber high velocity rifle.

The idea went dormant through WWII, but came back with a vengeance in the early 1950s. The ORO and Aberdeen’s Ballistic Research Laboratory, rival Army research labs, both published research touting the potential benefits of a lightweight small caliber rifle. The capabilities were further demonstrated at realistic combat ranges by Gerald Gustafson and William Davis all through the 1950s.

That is until the Army brass, who was already vested in Springfield Arsenal’s M-14, cut the funding.

The Infantry Board, whose responsibilities included advocating for the individual warfighter, kept the flame alive until the late 1950s, when the Army’s Chief of Staff told them to “shut up and color.”

But the Air Force’s General Curtis LeMay had is own agenda. Unsatisfied with the M-14, he picked up the torch and pressured Congress and the Secretary of Defense to purchase the AR-15 for his own personnel.

By the end of 1962, the tension in the Pentagon is thick.

After Curtis LeMay’s significant pressure to adopt the little AR-15, and positive initial reports from military advisors in Vietnam, the Office of the Secretary of Defense (OSD) began its own study independent of Army influence.

You see, thus far, the Army traditionally held all the cards when it came to rifle procurement. What the Army bought, everyone else used. By this point, the Army’s efforts to hide its own research saying that the AR-15 was a potentially more potent infantry weapon was well known in the five-sided building.

The OSD study, run by a few systems analysts and signed off by comptroller Charles Hitch, was scathing.

The document boils down to a comparison of military rifles and calibers over time. They looked at common combat conditions and requirements, likely based on the work of Norman Hitchman almost a decade before, and the costs of production. The rather famous abstract of the document puts their findings bluntly:

The study indicates that the AR-15 is decidedly superior in many of the factors considered. In none of them is the M-14 superior. The report, therefore, concludes that in combat the AR-15 is the superior weapon. Furthermore, the available cost data indicate that it is also a cheaper weapon. Although analyzed less thoroughly, the M-14 also appears somewhat inferior to the M-1 rifle of WWII and decidedly inferior to the Soviet combat rifle AK-47, which, in turn, was derived from the German “Sturmgewehr” of WWII.

The Secretary of Defense, Robert McNamara now had a conundrum and picked up the phone.

The Secretary of the Army

If you aren’t familiar with chains of command, the military is always led by a civilian. Most people only think of the President, but each service also has a post known as the secretary. This is the leader of the service, with the subordinate position of the Chief of Staff representing the military side.

With the increasing reports of the AR-15’s positive performance, the Secretary of the Army Cyrus Vance wants answers. He asks the outgoing Chief of Staff to evaluate current rifle programs, including the AR-15, M-14, and ongoing SPIW project.

The answers appear more political than anything, citing the standardized 7.62 NATO caliber requirement from 1953, and that the AR-15 wasn’t suitable. The Army had already committed to the SPIW as the next rifle.

A few days after the Hitch Report’s results came out, Robert McNamara called Secretary Vance. He wanted to know why the Army insisted on purchasing the “decidedly inferior” M-14.

Vance, in turn, demands that the new Chief of Staff Earle Wheeler perform another comparative study. Shortly after, President Kennedy learns of the Hitch Report and the pressure ramps up.

McNamara sets the deadline for the new study as January 31st, 1963.

Have you ever seen the made-for-TV movie, The Pentagon Wars?

It’s one of my guilty pleasures. It’s all based on the book by an Air Force colonel sent in by the Inspector General to figure out what was going on with the Bradly Fighting Vehicle’s procurement program.

What does that have to do with rifles? A lot, actually.

You see, procurement projects in the government are often very politically motivated. There is a lot of pressure on people to stick to the program. Rocking the boat of what the brass wants comes with a lot of hazards. So, the guys on the ground who just want to keep their careers do a lot of shady stuff to keep it on track.

Daniel Watters, in his excellent 5.56 timeline, relayed a quote from the start of McNamara’s inquiry late in 1962.

Representatives from the AMC, Aberdeen’s BRL and D&PS, TECOM, and the USAIB meet at AMC headquarters for an informal planning conference regarding the ordered rifle evaluations. A memorandum from the Infantry Board representative states:

Over the months of December 1962 and January 1963, each of the testing agencies files their reports comparing the M-14 to the AR-15. Each agency returns a hearty, “No go.”

Secretary Vance, sensing something amiss, brings in the Inspector General to review the tests. Like the Air Force Colonel in The Pentagon Wars, there were shenanigans abound.

The end result is Robert McNamara killing the M-14. He cancels all contracts for M-14 production after the end of 1963, and wants the AR-15 to become the new standard.

The AR-15 finally has its day. But the remainder of the year is a mess.

The Army and Air Force can’t agree on the adopted configuration. The Army wants a forward assist, different sights, and other changes. The Air Force wants none of it.

The rifle’s twist rate of 1/14 was redesigned to a faster 1/12, and ongoing debates over the final bullet design of the .223 cartridge slowed progress.

In all, engineers propose over 130 design changes. Only a handful are actually accepted, though.

By September, the AR-15 gains its designation as XM16E1 and the cartridge is M193. The order numbers are large, and Colt is the sole producer.

The politics at play throughout this process are huge. But we have finally arrived at the adoption of the experimental XM16E1. The designation is interesting because the Army holds on to it for years. They viewed the M16 as nothing more than an intermediate weapon between the M-14 and the SPIW they actually wanted.

The trouble is that they never got the SPIW to work.

But that’s for another day. 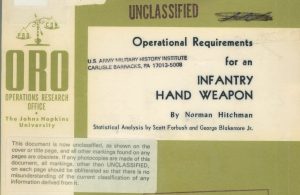 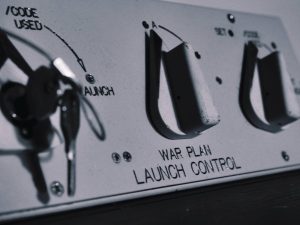 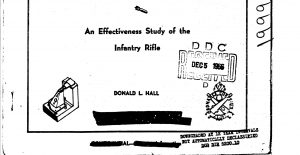 This reads more like a drama than history. Well done. I’m a user of the system that experiments occasionally so the fundamental knowledge of the system is necessary, but sometimes the ancillary knowledge is just fun. I really didnt think I was going to continue with this series, just the AR history, but it’s a compelling story and well written…so here I am again giving kudos where they’re due. One thing that abounds, apparently, is strong willed people willing to flat out lie and cheat on the highest of levels. It’s so foriegn of a concept to me especially as… Read more »

Thanks for sticking with it! I’ve always found the history interesting, but digging through the research for this series has been both fun and eye-opening.

Matt: I just found your site by accident. It is wonderful! My BPED was 27 Sept 1967. I trained with the M-14 in basic at Ft. Lewis and in infantry AIT there on the other side of the parade ground. For the automatic rifle, we had the M-14E2. I was just 17, having graduated from high school in May and become 17 in September. I was an experienced shooter and owned an M-1 carbine purchased through the DCM for $17.50 plus $2.50 handling. I also had .22s and a Mossberg shotgun. I did not ever have an M-16 in my… Read more »

Edward, that was a fantastic comment- thank you for posting that. I’m always interested to hear from people where there when this transition happened. As always, the true story is m less cut-and-dried than the respective sides would have us believe. 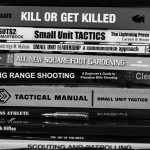 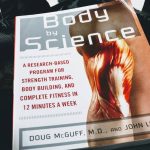 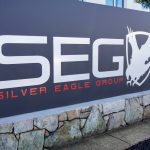 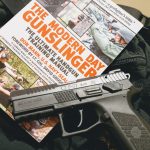 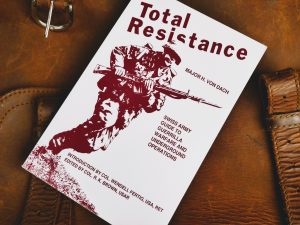