What’s the Difference Between Muzzle Brakes and Compensators?

Oddly enough, a lot of shoppers spend an inordinate amount of time on things that don’t make much of a difference in most circumstances. One great example of this is muzzle devices.

90% of folks are best served with a flash hider. The A2 “Birdcage” variety is the most common, and one of the best performing. But the simple $13 bird cage just isn’t sexy enough for most enthusiasts out there, so they look for something more expensive and fancy.

I’m guilty of this as well, to be honest.

If you happen to live in a state that bans flash hiders for being evil, then it’s completely understandable to go another direction. If you have some special use case where a different device might give you an edge, like competition, then read on.

But, seriously, if you plan on putting this on a unsuppressed defensive rifle, then stop right there and keep your birdcage.

When it comes to a muzzle device, you’re choosing between flash hiders, muzzle brakes, and muzzle compensators. I’m skipping over flash hiders, for now, to focus on the latter two.

Most people use the terms compensator and brake interchangeably, but they’re really not the same thing.

In fact, companies even mix up phrases. For instance, Precision Armament’s AFAB (which stands for Advanced Flash Arresting Brake) is actually designed to be a compensator. On the other hand, their well-performing M4-72 Severe Duty Compensator is actually a brake.

That is unless you add in the word “recoil,” making it a Recoil Compensator, as found on tanks, cannons, and other large weapons. 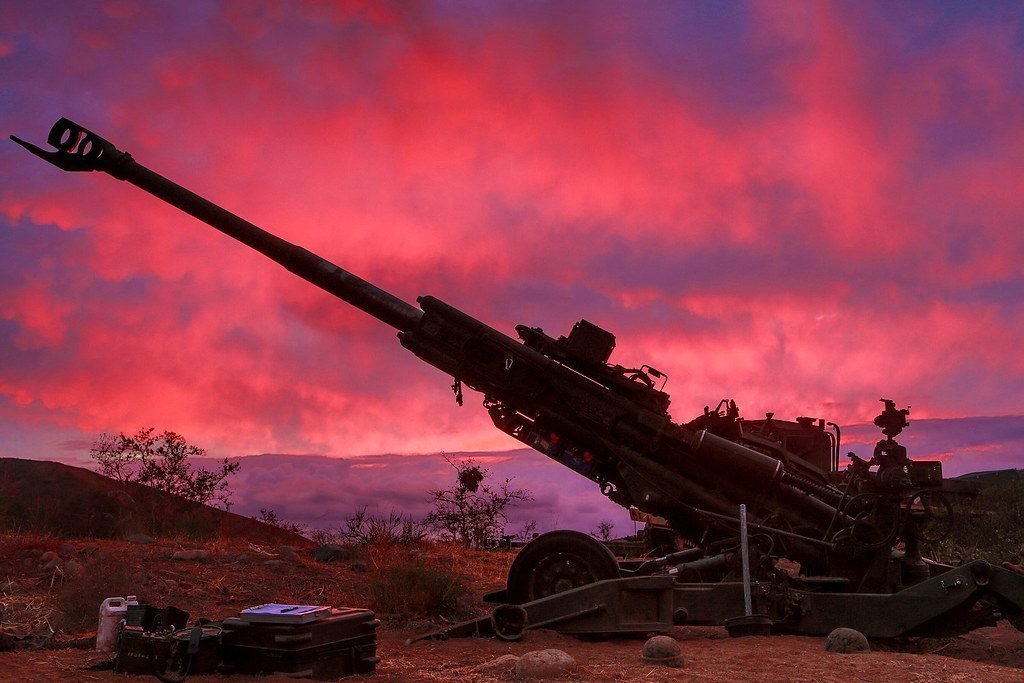 I guess I can understand the confusion. So what’s the deal?

Strictly speaking, muzzle brakes vent expanding gasses in a way that reduces felt recoil to the shooters. This has the advantage of reducing shooter fatigue, especially with larger calibers.

Muzzle brakes usually have by large venting ports, often pointing slightly to the sides and rear. This pattern directs expanding gasses back towards the shooter and “pushes” the rifle forward as it fires. This design counters the momentum from a projectile exiting the barrel.

The price of this recoil reduction is monstrous muzzle blast and concussion. The report from a braked rifle is usually far louder than a rifle with no muzzle device at all.

One instructor at a tactical class I attended called them “loudeners.” Generally speaking, if you show up to any training course with one of these things on your rifle, then your classmates are going to be pissed at you.

On the other hand, muzzle compensators do something a little different.

Instead if strictly reducing felt recoil, they vent gasses in a pattern that keeps the muzzle stable in space. This is otherwise known as reducing “muzzle jump.” Compensators help with faster follow up shots or provide a better chance to spot shots.

These are also associated with increased noise and concussion, but usually less than dedicated brakes since the gasses more evenly vent around the device.

There are a lot of reviews out there comparing muzzle devices. In my view, one of the failings in these articles is that they usually only measure a single aspect, such as rearward recoil force.

In these tests, the pure muzzle brakes like the M4-72 perform the best. The compensators perform somewhere in the middle of the pack and flash hiders perform the worst.

A proper comparison would look at both the rearward recoil forces as well as muzzle deflection.

Vuurwapenblog did a pretty good job in this regard, though his selection was rather limited compared to something like the TTAG’s brake shootout, which only looked at rearward recoil. That’s no fault of his own, these kinds of projects take time and funding beyond what us normal people normally have.

The AR-15, and particularly the .223, doesn’t have heavy recoil. Because of that, there is a market for hybrid devices that try to do a little of everything.

The idea is to reduce recoil, hold the muzzle stable, and reduce flash. In general, as is usually the case, these hybrid compensators are outperformed by devices designed to do only one of those things well.

Sometimes, though, I can’t help but wonder if some of these devices are just meant to look cool.

In the real world, there’s really only two reasons to use some of these things.

First, a lot of suppressor companies use brakes and comps as attachment devices for their suppressors. They are using the steel of the muzzle device as a kind of sacrificial first baffle in the suppressor’s function. The idea is to extend the life of the suppressor by reducing blast erosion. Muzzle devices, after all, are relatively cheap and easy to replace compared to the internals of a suppressor.

Secondly, brakes and comps have their uses for very fast-paced shooting competitions. At very high levels, competitors use any possible edge they can find to shoot faster and more accurately. These devices help with that.

But I caution you, here. We’re talking world-class shooters competing against one another. The average shooter should really work on their fundamentals of recoil management first. You can do a lot with just your body mechanics before needing to jump up to some external device.

I get it, I’m spending a lot of time picking at the nuances between two muzzle devices that do nearly the same thing. But as a lawyer once told me, words have meanings and precision of language is important.

My simple advice is that most people are better off with a flash hider. The A2 birdcage does a fine job, but there are other good ones on the market. Of course, state laws are a factor on that one.

Brakes and Comps have their purposes, but they are almost entirely designed around either competition settings or suppressed fire. Many training schools outright ban them from use, especially indoors.

Home » Equipment » What’s the Difference Between Muzzle Brakes and Compensators? 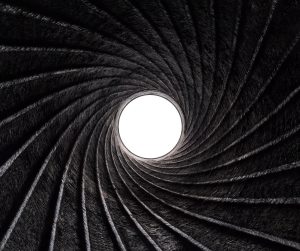 How To Find the Ideal Twist Rate for Your Rifle 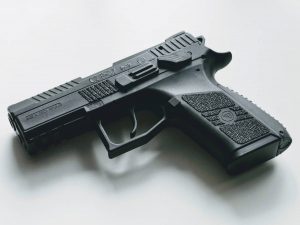 Good article that sums it up well…comps and brakes piss people off during real use and training, the AR needs a birdcage for fighting (unless you’re running suppressed with an adapter), and the round just doesnt kick that much on this platform. I would like to add that I very much like the STD linear comp. It looks standard issue, is about the same size and weight and it takes the teeth chattering boom out of the shooting line when shooting an AR pistol. Plus it’s good for hunting as it directs more boom forward and less upwards. Also, I… Read more »

I know of several comps on the market that do an ok job of controlling the concussion and not pissing off other people. My AFAB is one, as is the BCM gunfighter I have on the recce. But it really comes down to people installing these things because the internet told them to.

90% of the benefits could be had from better shooting technique if we just put in the practice.

The only practical reason for them in most circumstances is as a suppressor mount.

Out of curiosity, when did those comps come out? Through personal experience and instruction, I have not had a good time with comps and such, but I also have not seen ones besides linear comps that helped with prevention of blasting the teeth out of my face. By far were the brakes with huge side ports….man, a mag going through that by your side sucks. Regarding technique, you’re absolutely right. I’m not a fine tuned shooter with a carbine but good technique can really let you adapt to a myriad of circumstances and no gear is going to do that… Read more »

Hmm, I think the AFAB and Gunfighter came out three or four years ago. I’m not going to say they are as good as an A2 for concussion, but it’s certainly not what you’d expect from a brake. The AFAB is not a new design at all, really. That style of an enclosed device with small ports has been around forever, since at least the German FG-42. The Gunfighter is pretty much an A2 with an inner cone to more aggressively direct gas. In either case, I’ve not had anyone around me complain while I used these. And that was… Read more »

I, personally, think that do-all hybrid muzzle devices are sporks. Hiding flash and braking recoil are 2 things that can both be done, but not simultaneously.

And Snake Hound Machine sells a brake they call the “Loudener”. It’s sole purpose is to make your gun more loud. It’s not a side-effect, it’s the whole point. They also sell Meme War Veteran hats, so you can tell how seriously they take themselves 🙂

Agreed. Something that suppresses flash really well will not do anything about recoil. Physics are a pain like that. The same works in reverse. Anything that’s a hybrid is compromising somewhere. The question is how much compromise is acceptable.

Of course, I then fall back to my original thought that most people are far better served by sticking to a good basic flash hider and learning better technique.

It seems like most questions in life eventually boil down to “How much compromise is acceptable?”. Of course, the better your technique, the less you need to compromise on.

Interesting! I am very happy to learn something new every time I read a new blog post!

The Marksman
Author
Replying to  nick

Hey Nick! I’m glad you enjoyed it. Thanks for commenting!

Sounds like there’s little reason to own a flash hide, and a plethora of reasons to go with a brake or compensator.

Hi Jacob, keep in mind that this article is really just about comps versus brakes rather than either of those versus a flash hider. In the grand scheme of things, comps/brakes are niche devices for competition, heavy-recoiling systems, or suppressors. They have a lot of downsides with concussion and noise, which present a lot of problems with defensive situations, indoor use, or working alongside other shooters. For the AR-15, I don’t think the benefits of a comp/brake are really that dramatic to warrant the expense unless you have one of the aforementioned specialty uses. It really comes down to the… Read more » 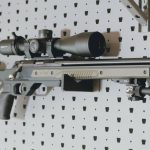 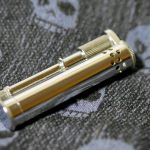 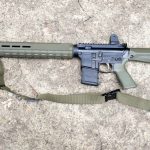 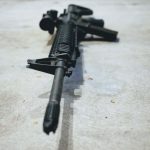