Did you know that most podcasts don’t make it past seven episodes? It’s true. So hitting Episode 25 is a bit of a milestone for me and I wanted to do something a little different and special. Rather than a lecture or interview with real-world experts, I’m doing an ask me anything (AMA) with questions sent in by the audience and asked by Allison (my wife, who was on back in Episode 14).

In this episode, we cover everything from my favorite books, my biggest fears, and my “holy grail” rifle. We also have a few side tangents along the way that you might find a little entertaining. Allison does her best to embarrass me a few times as well.

Since this is less of an information episode, a straight summary is a bit more difficult. Instead, I’m going to list some of the key questions, answers, and related links.

2:10 What are the most popular articles on the site?

This one is pretty straight forward because I track it month to month. Right on the home page of the site I have the “Featured” articles. I change these every month based on which posts have the most views over the previous period.

It doesn’t change much, though, so the most popular articles are:

This was a difficult question because I’m generally happy with everything I’ve purchased. Each item has a purpose and a history. But if I had to pick a particular thing in my safe that probably didn’t shake out in the long run, it’s my FNH FNS-9.

It’s not that the pistol does anything wrong. it’s been dead nuts reliable, accurate, and does everything I need it to do. But the problem I had was that nobody offered aftermarket support for it. For a long time I couldn’t get a holster for it, nor any other accessories.

Then, as FN tends to do, they replaced the model with the newer FN 509.

So that leaves me with a pistol that still works well for what I need it to do, but it’s not really a good long-term bet as parts dry up and nobody ever really supported it anyway. I tend to have a habit of getting into pistols with this problem.

I’m too embarrassed to put this one in the notes, so you’re just going to have to listen to it.

10:36 What is the hardest thing I’ve had to get over or learn when it comes to shooting?

My biggest hangup is to keep reminding myself that there is a point of diminishing returns. I don’t always have to be searching for the “perfect” piece of equipment and should instead focus more on “good enough for my needs” and then spend the rest of the time practicing it.

In the end, this was one of my big reasons for starting The Everyday Marksman. It was an admission that I needed to focus on the skills side of the house more than talking about the latest and greatest gear.

I also touch on the realization that it’s not about me. So much of this is also about working with a team.

This one took some thinking because I’ve never had a strict “holy grail” mentality and would rather collect a variety of styles to learn and practice with. I think there’s value in “good enough” firearms coming from different backgrounds like revolvers, lever guns, and semi-auto rifles.

But if I had to pick, I would love to bring home an Accuracy International AXSA308 in one of the long-range oriented cartridges like 6.5 CM.

You’re just going to have to listen to this one 😉

16:48 What is the most useful skill I’ve learned and didn’t expect?

The skill that surprised me the most along the way was learning to connect with other people and grow a tribe. Most of us approach firearms skills as a solo sport, but in the big picture, it really is a team thing.

My goal now is not only personal ability but also growing a tribe of marksmen.

20:40 What’s behind the sudden run on toilet paper?

This comes down to a herd mentality combined with people who don’t understand how to prep or what’s most important to survive.

I think it’s going to be a cascading rush from product to product as people see what others are hoarding along the way.

24:33 What was the timeline for progressing with gun stuff online?

For the most part, my history with gun boards is as a lurker. I’ve done a lot more reading than chatting or moderating.

My progression really progressed from joining boards focused on specific guns so I could learn about them.  That led to getting frustrated with the signal to noise ratio. I kind of went from that to deciding to start my own.

27:20 Suggestions for a complete newbie

The starting path begins with knowing what kind of outcome you want. You don’t want to be “all thrust and no vector.”

So you have to start with a goal, whatever that is.

From there, figure out the gaps between where you are and where you want to be. Focus on those goals until you meet them, then move on to the next one.

Then get started. It doesn’t matter if you’re not ready, just start going for it.

30:40 What are some suggestions for things to do while being stuck inside due to the virus?

Use the time to identify your skill gaps and start working on them. Work on some fitness, dry practice, or others.

Check out some of the marksman challenges while you’re at it!

33:04 What is some great budget beginner gear?

I think this is a hard one because it depends heavily on what kind of gear we’re talking about and what constitutes “budget?”

When it comes to load bearing gear, I say rather than buying a lot of cheap stuff you should start with fewer quality items like a tactical belt from Klik Belts or Blue Alpha Gear along with a few basic pouches.

Once you have those basics covered, start improving it one pouch at a time.

I took this to mean some of the most influential books I’ve read. A lot of them are things I’ve reviewed before. Here’s what we mention:

Scenario-X is my quasi-fictional natural disaster/civil unrest situation that I set up in my articles on for load carriage.

There was a couple of ways to take this question, such as just picking a different semi-auto platform other than an AR. But I decided to answer it as if the most draconian assault weapons ban was in place and banned all semi-automatic rifles fed from external magazines.

In that case, my go-to rifle is something along the lines of Jeff Cooper’s Scout Rifle.

I also throw out an appreciation for modernized lever-action rifles like the Henry X-Series.

49:10 Tips about being prepared to go out and about during this time of panic

The biggest thing here is being aware of your surroundings. Get your head out of your phone and pay attention to what’s going on.

That also means building a better model for what the “baseline” behavior is in different situations. If you know the baseline, then you should also notice when something is out of the ordinary.

We also talk about pepper spray, and I give a hat tip to friend and fellow blogger Swift, Silent, Deadly on the topic. 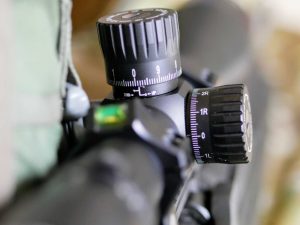 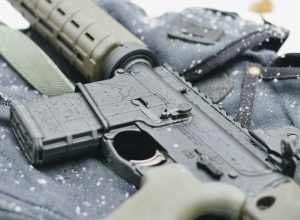 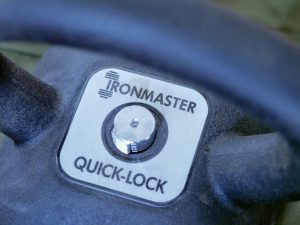 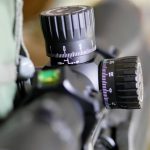 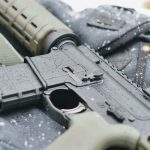 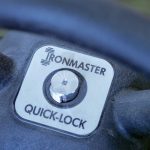 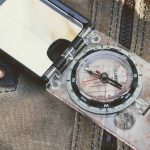