I competed in a lot of local outlaw matches for years before finally going to a “real” one. Excellence in Competition matches, or EIC, happen periodically at military bases all over the country. They follow CMP rules, with a few twists.

First, there is no specialized shooting equipment allowed. No jackets, slings, gloves, or any of the “fancy” stuff. You arrive in your normal duty uniform and go. You also do not bring your own weapon. EIC matches provide off-the-rack rifles for each competitor.

I wanted to compete in an EIC while stationed in Montana, but the bas never scheduled one in the nearly six years I was there. Once I moved to California, the base scheduled them about every two years. I signed up for one in 2014, but misread the schedule and didn’t show up on the right day.

I had to wait another two years to get my chance.

When the chance to compete in another EIC rolled around again in 2016, I jumped on it.

By that point, I’d put in a lot of work with iron sights and even built a rifle dedicated to marksmanship practice. I was a couple of years into writing the old blog, and hungry to prove it was paying off.

Then the day came.

The match took place over four days. Two days for rifle, two days for . I elected not to compete in the pistol match, though I wish I had in hindsight.

I was in the second relay of day two.

The halls smelled of coffee and CLP and the dark spots on the carpet could have been either. After shuffling into the CATM classroom, I picked a seat at the back table. Each station had an M16A2.

The rifle was well-worn, with shiny silver spots on the delta ring, brass deflector, bolt release, and other areas. The FN-marked receiver was covered in little scratches and nicks. I can’t say what this rifle’s history was, but I’m sure it had gotten around.

The chamber was absolutely filthy and the bolt was dry. I would never run my own rifles this way, but this wasn’t my rifle. This combination of buildup and dry bolt later caused me a problem during the course of fire.

As far as the training session went, it was just a quick safety brief, function check of the rifle, and a description of the match rules. We then headed out to the range. They assumed that anyone showing up for this event already knew how to shoot.

On the range, I picked up five 30-round magazines, 60 rounds of M855 green tip on stripper clips, and a stripper clip speed loader.

Set up and Zero

I loaded the first 10 rounds into three magazines: 4-3-3. This was for zeroing. I shot the first 4 from a supported prone into a tight little cluster that was a bit low and right. After adjustments, the next 3 went into a very tight cluster just a bit high. The final three made another tight group right across the middle of the target.

Shooting off of a barricade would later prove problematic. I should have zeroed from the unsupported prone.

While checking targets, I happened to notice I was producing much tighter groups than my fellow competitors.

The match itself consisted of four stages, all at 25 yards:

We had about 30 seconds before each stage to load the rifle and get into position.

This was where I realized how important all the rifle position practice really becomes. I quickly fell into each position and acquired my natural point of aim. For this match, I utilized the crossed-ankle sitting position. It’s always been my best of the seated shooting positions.

We did not pull and check targets between stages.

As far as I can tell, the only shooter who outscored me during my relay was the Security Forces commander, who scored 430. Scuttlebutt is that someone scored a 451 the previous day, the high score. Another shooter reached into the 440’s as well. Nobody else in my relay broke 370.

The top 10% of all competitors over the two days are considered the “winners,” and receive an Excellence in Competition rifle badge to be worn on the uniform.

I was very happy to learn I placed 5th overall, and received my medal.

Now, some things to note for the future.

I did myself a disservice by zeroing from the supported prone. For nearly the entire match, my shots tended to cluster slightly high and left, which is the  I adjusted my sights during the zeroing phase. Had I not made those adjustments, and zeroed from unsupported prone, the sights may have worked better for me during the match.

Zero the rifle in the way you’re going to use it, especially if it’s not a free floated barrel.

Choose Your Rifle Carefully, if You Can

Secondly, my rifle was on the verge of malfunctioning for two of the three stages. At one point, as I hit the bolt release during loading and the bolt carrier nearly hung up before slowly sliding into battery. I had to use the forward assist for the first time ever.

I suspect lubrication and a new action spring would help. An Army officer in my relay was not so lucky, and malfunctions cost him valuable time and points throughout the match.

Plan for the rifle to up and worn out. If you can inspect them ahead of time, pick one that looks like it’s relatively clean and lubricated.

Time Moves Faster than You Think

If you’ve not shot this style match before, and I hadn’t before this point, it’s going to move faster than you expect. You will feel rushed to get all of your shots in within the time limit.

Don’t neglect your standing position practice. This was, by far, my worst position. But that was true for everyone else as well. It is in these more challenging positions that you really show your stuff and get ahead on the scoreboard.

Professional shooters will all tell you that being good at the stable positions is important, but everyone will be practicing those. The real differences are made in the difficult positions. Don’t spend all your time practicing the things you’re already good at.

It’s hard to believe that match was already that long ago.

But, here we are. For whatever reason, I didn’t sign up for the pistol match the next day. I still wish I had, but oh well.

I would love to complete in another match like this one. There’s something nice about everyone being set on the same equipment level and competing on skill alone. That said, I don’t think the match I shot followed the rules exactly. For example, the CMP rules allow for standard USGI rifle slings, but CATM didn’t issue them to anyone. 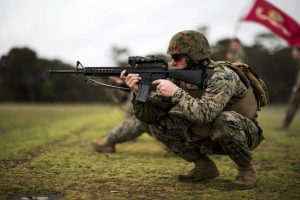 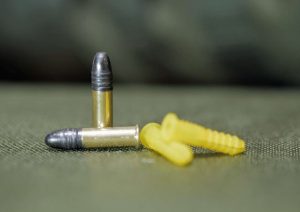 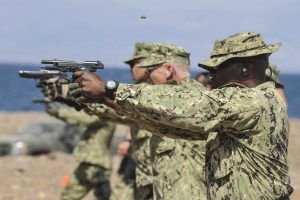 The Marksman
Author
Replying to  alternategundam

Thanks for stopping by and reading!

Good write up! Shooting matches is a lot of fun to challenge your skills. This course of fire will be good to try on next range trip.

The Marksman
Author
Replying to  Jerry

Jerry, thanks for reading! I’d definitely give it a try. My memory is a bit fuzzy now and I can’t remember exactly what target we used.

The Marksman
Author
Replying to  Dan

Hey Dan! I’m glad you enjoyed the article and the blog. Thanks for coming by and commenting!

Great article. At the age of 62 I’m working on becoming a marksman and love your emphasis on fundamentals.

Love to try this out, what target(s) were used for the 25 yard range?

Keep up the good work.

Hey Steve, thanks for reading. The targets at this particular event were the older M16A2 zero targets: https://www.amazon.com/dp/B073PGGDZ1/ref=cm_sw_em_r_mt_dp_U_MHD3DbC7W2S8Z

I must be missing something, you posted number scores and said anything outside the 7 ring scored as a miss.

Doh, you are correct! I actually don’t know what the target was called, but this is an example: 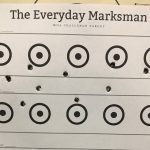 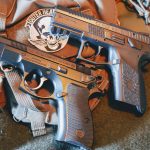 Exploring the Road to Handgun Mastery 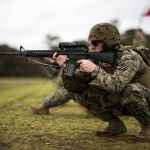 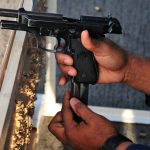 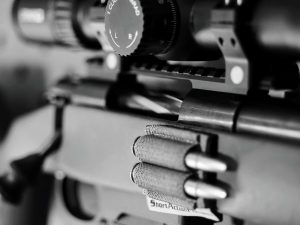