Fun is Allowed, So Stop Being so Serious

Today’s episode is a short discussion on something I hope becomes a recurring theme on the site. I had been mulling this topic over in my head a for a while, and when I fell behind on editing my latest interview with Mike Green, I decided to go ahead and explore this idea that fun is allowed.

When I think back to all of my early experiences with shooting and firearms, the emotion that keeps coming up is, “This is fun!” The act of shooting and hitting targets is fun in of itself, and I’m sure you’ll agree with that.

Many of my earliest purchases weren’t just because they were practical, but because I also thought they looked cool. While working on my first AR-15, which was amongst the early days of the zombie craze, I went so far as to ask a custom engraver about having new safety markings put on the lower that I thought would be more fun.

And then it changed.

This is just a quick aside to invite you to subscribe and come check out the new YouTube channel. I’m using it as another venue to have informal and fun conversations with a live component so you can participate. Tonight, November 10th, I’ll be going live with Ilya Koshkin and Jeff Gurwitch to talk about optics selection, but there will be plenty more streams in the future. Come check it out!

Right about the time I started finishing that rifle, I became more involved in “the culture.” You know the one. It’s where everything became about taking training courses, being uber tactical, and maybe competing in competition- as long as you didn’t develop “gamer” habits that would get you killed in the streets.

It felt like everything became focused on somber real-world use cases for firearms. Discussions revolved around SHTF situations, home defense, neighborhood defense, and the like.

In short, a lot of the “fun” got taken away because it seemed that being serious about shooting meant you had to be a very serious person.

This is the attitude I had for years, even though I continued to get immense joy from shooting itself. I remember proudly declaring while at the MVT HEAT 1 course, that “This is f!$%&g fun!” and trying to think of ways to encourage others to do it.

I specifically remember the person who re-introduced the idea of “Fun is Allowed” back to me. He doesn’t have any idea who I am, though I’d love to get him to come talk on the podcast, but credit goes to Roy over at Weapon Outfitters.

Roy is well known in enthusiast circles for both his gun lifestyle photography and his commitment to carrying high quality gear. I remember him saying the phrase “fun is allowed” on Twitter while he was talking about anime cat ear covers that he sells for ear pro and helmets.

The phrase always kind of stuck.

And that gets me to today. I realized while working on a trailer for the new YouTube channel that I was falling into old habits of trying to be overly serious and dramatic, because guns. In reality, what I would much rather do is set a tone that shooting itself is a serious activity, for many reasons, but the culture around shooting should absolutely be fun and inviting.

What I really want to avoid is setting a tone that is unwelcoming to strangers. Frankly, a lot of “gun culture” stuff seems weird and unnecessary to the uninitiated, and only serves to keep them at arms length.

If we want to ever hope to change the conversation around shooting sports and gun ownership, then we have to understand that most of the country (and world) doesn’t fall in line with the world view we espouse most of the time.

To close this out, here’s my final thought. Not everyone wants to dress up like their favorite SOCOM operator. That’s not to say that there isn’t value in learning tactical skills, buying and training with quality gear, and keeping in shape- but we need to drop the idea that everything needs to be so bloody serious all of the time.

Let’s bring back fun, and encourage each other. to do the same. As long as we have a shared commitment to safety, then there’s nothing wrong with a funny paint job, ridiculous outfits, or wild training scenarios.

Home » Podcast » Fun is Allowed, So Stop Being so Serious 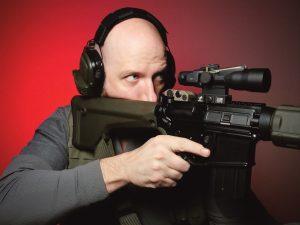 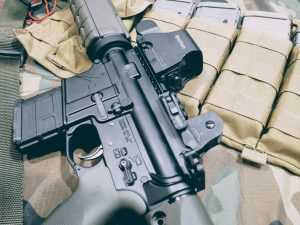 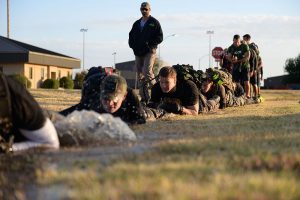 Amen, Matt. For so many reasons.

Thanks, Hammer. I want to explore this concept a lot more.

100% a worthwhile vibe check. Thanks for highlighting this. I will say that if you came into the community and got involved in firearms because of self protection, the serious mentality is likely to stick around until you feel satisfied with your gear and knowledge. Most of the tactical people are in a race to accumulate their wish list of gear and then join the ranks of the training community, and they don’t rest until they feel accepted. Once you have the basic safety and due diligence done, it’s easier to settle down and feel comfortable with letting yourself having… Read more »

I’ll just add that in my experience trying to make friends who are new, somewhat casual gun owners into more capable guys, the best way is to slide in tidbits of good info on the way to and from the range, and make sure that at the range they’re having a safe and great time and aren’t overwhelmed with following pre-planned drills lol. When they see you aren’t too uptight about it, it does a good job at letting them absorb whatever you feel is important for them to come away with at the end of the day.

This is the way 🙂

The progression you laid out absolutely makes sense. A lot of people do come into this with an eye for defense, and feel like they have to adopt a certain mindset and attitude (as well as commit to a specific list of gear) before they can have fun. But I do think we can challenge that a bit. The anti-2A side of it is a valid point, and something I also want to explore. I typically stay away from politics, but this is one of the important areas. Ultimately, the anti side will use whatever they can regardless of what… Read more »

Right! I’ve been watching Rittenhouse trial and associated media talking points closely. It’s obvious the anti-2A media goups have ‘us’ all figured out and labeled – they’re singing like a very polished choir (white supremeists, militias, etc.)! It may already be too late to change our image outside of the community. If we care – perhaps we need more friendly competitions – events everyone can participate in and have a good time. Our small but very active State (AZ) Rifle and Pistol Association organizes many ‘family’ events, vintage shoots and competitions as well as a very active youth program. An… Read more »

I agree with DJ. I think there are different avenues and approaches to owning and enjoying firearms although many of us end up in the same camps. I stumbled upon Matt’s blog ‘The Everyday Marksman’ only a few years ago and found it ‘refreshing’ and relevant to firearm enthusiasts that might find themselves outside the tight-knit loops of experienced veterans who have been ‘down range’, avid 3-Gun competitors who only want ‘fast’ or preppers busy with the latest conspiracy. In other words – it was okay to have fun and enjoy the process! It is on ourselves – no one… Read more »

My Dad is no longer with us and many of my best memories of him are when he bought my first .22 rifle (lever action), taught me to shoot it and the time we spent together plinking cans in the dry desert washes of Arizona. Early on I recognized our participation in that enduring American tradition and I cherished the ‘good time fun’ it was! By all means we need to keep it fun – especially for the next couple of generations behind us. We owe it to those who came before us – the ones who let ‘us’ in… Read more »

I’ve already commented (twice) but I think this topic is worthy of Matt’s historical knowledge and a feature article/podcast. It’s possible Matt has already written on the subject I’m referencing – the lost art of ‘fun’. Where did our fun turn into a responsibility for us all to become ‘minutemen’ of sorts? It’s one thing to become what I like to say ‘practiced and prepared’ as we do live in unprecedented times (especially those of us who live within the walls of large cities). It’s another thing to chase the latest gear (body armor?) and tactical training in order to… Read more »

I think you’re getting to the heart of it over your comments. There is more than one way to come to the shooting sports, and there really isn’t any particular “right” path. The bottom line, though, is that shooting should be fun, whatever that definition means to each person. I have my own thoughts on the training culture issues, where everyone feels like they are either supposed to be ready to take on the British or they might as well not participate- I take issue with that.

Yeah – we need to keep things in perspective and bring the ‘fun’ back! Like you said in the post – as long as we keep safety the highest priority we should be able to relax a little – this is fun stuff! 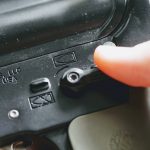 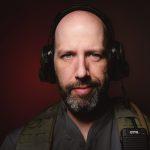 State of the Everyday Marksman, 2023 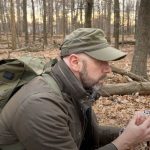 Five Things I’m Focusing on in 2022- You Probably Should, Too 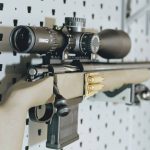 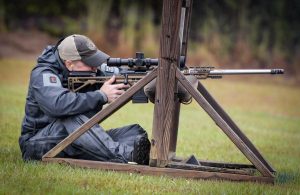